This NAIDOC Week, I want to acknowledge my sisters in jail. I am unbelievably proud to be an Aboriginal woman.

I feel an enormous sense of privilege to be part of such an intricate and ancient culture. We are the oldest known continuing culture on this planet. 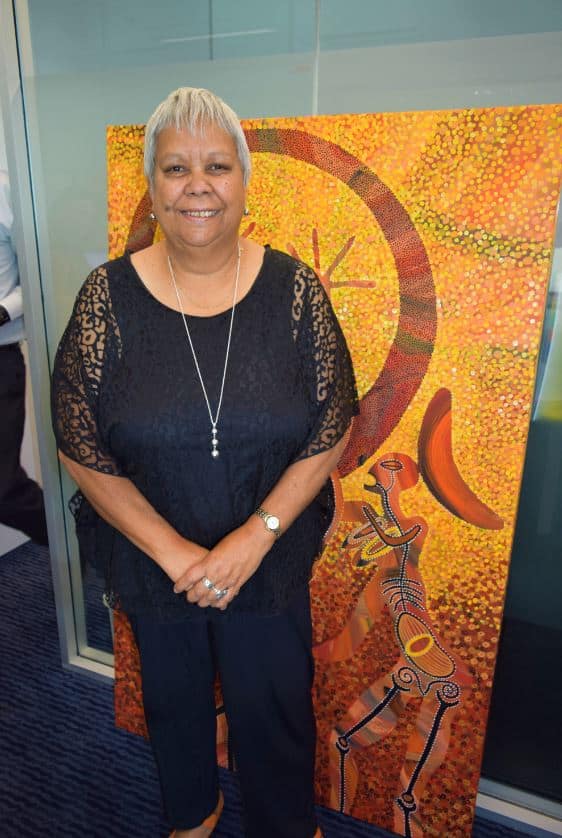 The theme of this years NAIDOC Week is “Because of Her, We Can!” It has been heart-warming to celebrate the many female Aboriginal and Torres Strait Islander role models, and to hear stories about women answering the call and generating meaningful social change for First Peoples.

On hearing these stories, I can’t help but think of my sisters who are in jail.

Although we represent 3% of the Australian population, Aboriginal and Torres Strait Islander women make up 34% of the female prison population. We are 21 times more likely to be imprisoned than non-Indigenous women. First Women are the fastest growing prison demographic in the country, if not the world. We have seen a 148% increase in our women being imprisoned since the Royal Commission into Aboriginal Deaths in Custody in 1991. This week has showcased the incredible strength of Aboriginal and Torres Strait Islander women. Many of these women have overcome significant challenges to go on and achieve great things.

It saddens me to think about what our women in jail could have achieved if they had not been systematically failed by Australian society.

Many people think that if someone commits a crime, then imprisonment is justified: ‘Aboriginal and Torres Strait Islander peoples are not in jail for nothing.’

I wonder if these people know that the majority of people who are in jail have not been sentenced.

I wonder if these people know about the scores of Aboriginal and Torres Strait Islander people in jail for unpaid fines, often for minor traffic offences, such as driving without a license.

(To get a license, you need a birth certificate, which costs money. Then you need a licensed driver who has the time to supervise you for 120 hours. Not to mention the cost of petrol. This is near impossible in many remote Aboriginal communities.)

Research has demonstrated a clear link between child sexual assault, drug addiction and criminality for First Women in jail. A study on Aboriginal women in NSW prisons found that a staggering 70% had experienced child abuse, 70% had been sexually assaulted as children and 75% were victims of domestic violence.

My guess is that very few people know these things. The level of ignorance among the Australian population about the challenges facing Aboriginal and Torres Strait Islander peoples never ceases to amaze me.

It is this ignorance which fuels the astounding racism and lack of empathy from mainstream society towards First Peoples.

It saddens me to think of the intergenerational impact of incarceration. 80% of First Women in jail are mothers. The imprisonment of these women continues the cycle of family and cultural breakdown and destruction.

Children with a parent who has been incarcerated are at risk of poordevelopment in all areas, even after controlling for sociodemographic factors – parent’s criminalisation is an independent risk factor for development.

Research has revealed that these impacts are exacerbated when it is the mother who is incarcerated. Imprisoning mothers makes it even harder to overcome already significant social and economic challenges for our children. In many cases, imprisonment of a parent makes it near impossible to break the cycle of criminality and poverty.

Australian society is both criminalising and entrenching poverty, abuse and disadvantage through mass incarceration.

It costs the Australian government $110,000 to imprison one person for one year. And Australia’s prisoner population is skyrocketing. More and more money is being funnelled into prison infrastructure.

Public opinion that sentencing is too lenient has fuelled our nation’s punitive turn. ‘Tough on crime’ policies such as mandatory minimum sentencing win votes.

We are spending $4 billion per year on the prison system. And this system is systematically failing to reform people, creating what Andrew Bushnell has termed a “class of persistent criminals.”

This is shockingly ineffective economic and social policy. Imagine if even a fraction of that $4 billion was put into preventive policies which address the root causes of criminality and stopped people from offending in the first place.

The most effective policy solutions to challenges facing Indigenous peoples are those designed, led, implemented and evaluated by Indigenous peoples. Funding community-controlled organisations to target the social determinants of criminality would save the government a huge amount in the long run.

This NAIDOC week, spare a thought for First Women in jail. Think of what they could have achieved if they could fulfil their potential and contribute to society. Imagine if these women could be the mothers they wanted to be, to successfully grow up their children and children’s children, then it would be quite a different story.

Building more prisons is not the solution.

Dr Jackie Huggins AO is a Bidjara and Birri-Gubba Juru woman from Queensland and is currently co-chair of National Congress of Australia’s First Peoples. She is a celebrated author, activist and historian who has worked in Aboriginal and Torres Strait Islander affairs for over 30 years