Human Rights Law Centre Director and Yorta Yorta woman, Meena Singh speaks of how little has changed and the current outcomes being a result of targeted policies.

‘Why do Aboriginal people offend so much?’

‘How come so many Indigenous people end up in prison? Or dead?’

As an Aboriginal lawyer, I am regularly asked questions like these, and I understand why they are asked.

Governments on both sides of politics tell us that law-and-order policies combat crime; that by charging and detaining more people, by giving ever increasing budgets to police, by building more and bigger prisons, our communities will be kept safe.

But the evidence tells a very different story.

Keeping us safe starts much, much earlier.

Our health system knows this. Prevention is far better than treatment.

During COVID-19, the public health response has centred on keeping us safe by preventing the spread of COVID-19, because if we prioritise treatment more people will be exposed, get sick and die.

So why doesn’t the criminal legal system use the same approach?

When I practised criminal law, I could clearly see the point in a person’s life when things started to go wrong; when life spiralled out of control as one negative event – like losing a job or falling sick – led to another, and they became trapped in the revolving doors of the justice system.

Financial instability led to repeatedly moving for employment or cheap housing which led to children missing out on school.

Any of these experiences could upend a life that was otherwise on track to be long and healthy.

With so much evidence reinforcing the connection between socio-economic disadvantage, trauma, disability, family violence and abuse with behaviour that traps people in the criminal legal system, we need to ask why society does not look after its most vulnerable better.

Most of the ‘events’ that could upend an individual life 30 years ago continue to destroy Aboriginal lives today.

Why? Because of colonisation, and the racism at its core.

Too often colonisation is framed as something that happened over 200 years ago, implemented by people long since gone and felt by ancestors no longer with us.

But consider this. The very attributes that kept Aboriginal people strong for tens of thousands of years were the very things that have been systematically targeted, undermined and fractured since British arrival in Australia.

And they continue to this day, underpinned by racism and exclusion.

As long as we continue to believe the devastation of colonisation is only in the past, we can never heal.

The dispossession of land took away our ancestors’ connection to home. Aboriginal people were moved away from the resources they used to stay healthy. The same land was given to white people to use and prosper from; to pass down to their children and create intergenerational wealth.

Policies to stop Aboriginal people speaking their own language prevented cultural practices and intricate knowledge being passed between generations. Meanwhile, new cultures and practices were introduced from foreign lands, often at odds with our cultures.

Aboriginal children who were removed from their families, were often abused and forced into slave labour. Aside from the trauma, this undermined cultural and familial identity and was often accompanied by the deliberate and sustained entrenchment of disadvantage through the denial of wages and exclusion from work.

All whilst white Australia prospered.

When a community sustains this kind of ill treatment for over 200 years, the trauma is long lasting and deep; it is passed down through generations instead of land and wealth.

It leads to the myth that Aboriginal people are inherently criminal. Until it is properly acknowledged as the source of Aboriginal overrepresentation in arrest rates, imprisonment and deaths in custody, our circumstances will not improve.

When people ask me why Aboriginal people offend so much, I try to look through their lens; to find the question they are actually – or should be – asking.

What keeps us safe, and what will stop more deaths in custody?

The answer most definitely is not the quick fix of big prisons and tougher bail legislation.

Instead, we need to invest in social and legal infrastructure that doesn’t remove Aboriginal people from society, but supports us to engage and grow: education, family, housing, mental health and wellbeing support.

Aboriginal people need our lives to be valued, and our history and culture to be known and accepted.

This is the investment that lays the foundations for generations to grow stronger.

This is what keeps us safe.

By Meena Singh
Back to Stories 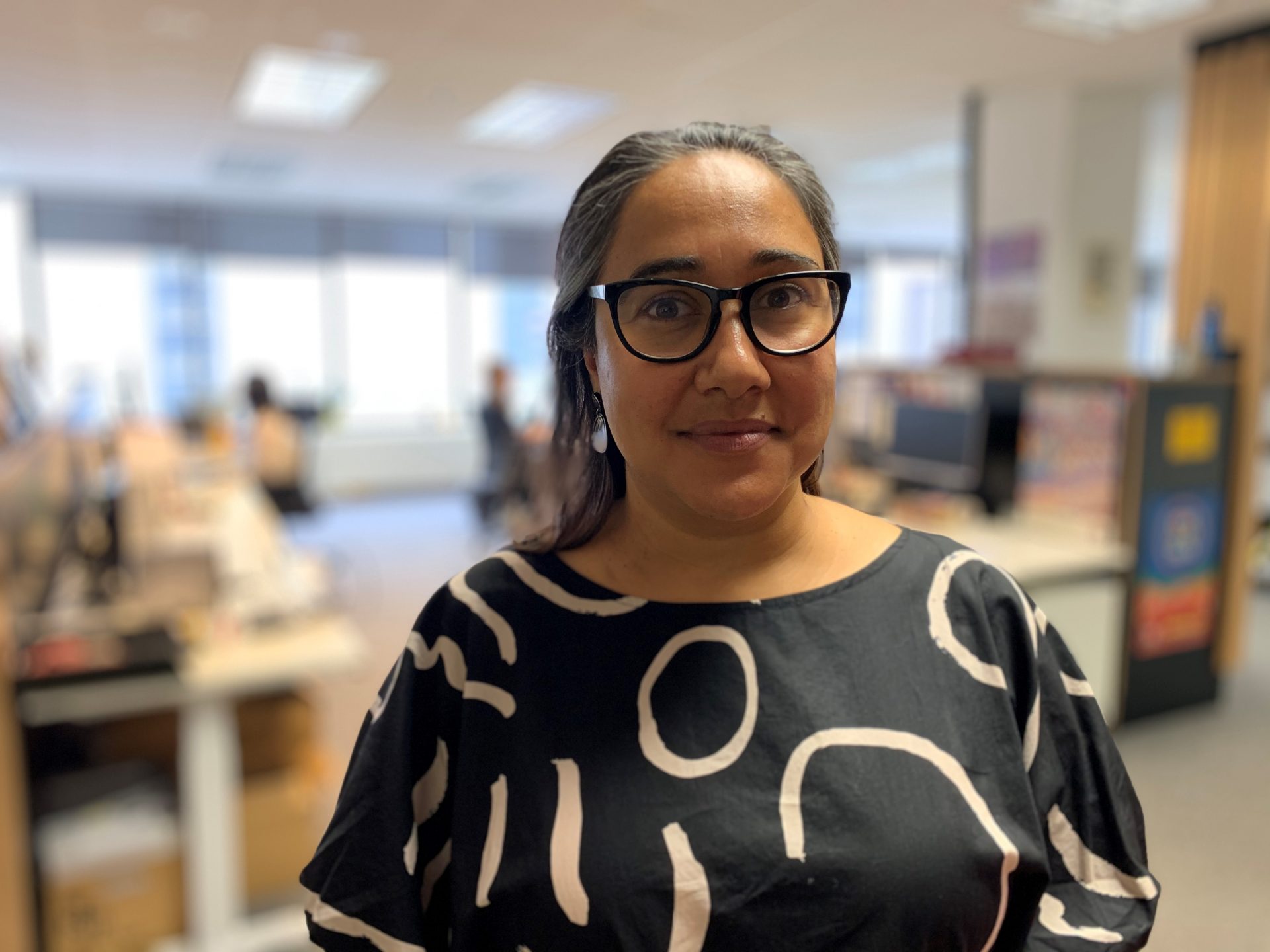 Meena Singh is a Yorta Yorta and Indian woman, born and living on the land of the Kulin Nations. Meena is the Legal Director of the Human Rights Law Centre and is currently undertaking her PhD at Melbourne Law School, looking at how the experiences of women of colour as lawyers can impact on legal practice and knowledge.

Blind Justice? Not in our experience.

Indigenous people's lives are immaterial when they are inside, the risk of death is very real to us. The pursuit of justice is our greatest fight in history and one heavily resisted. Justice is not blind.
Keenan Mundine

From a prison cell to the United Nations

Keenan Mundine has addressed the United Nations in Geneva to address the Human Rights Council to talk about the appalling rates of incarceration for Indigenous children.
Alison Whittaker